Editor’s Note: I hope by now you’ve had an opportunity to catch Michael Coolbaugh’s Delta Profit Summit. Click here to view the recording. It’s well worth your time. – DAS

“As we begin the new year,” the Donald recently said at a rally in Toledo, Ohio, “our economy is booming, wages are soaring, workers are thriving, and America’s future has never, ever looked brighter.”

This is, generally, a bunch of bullshit. That is, the Tweeter-in-Chief really has no idea what he’s talking about, on any given subject, so he can’t be simply “lying.” It’s more pernicious than that; he’s preaching to his vocal, volatile base.

Of course, the Donald’s unabashed boasting should be taken with a grain of salt. That’s because he’s taking credit for a positive-trending business cycle he inherited in January 2017, when it was right in its sweet spot at month No. 90.

The real issue, though, is what’s percolating below the surface. What are the forces at work that’ll shape the coming year and decade ahead?

Trailing indicators – like the headline unemployment rate – merely reflect the cumulative gains from the entire cycle reaching back to month No. 1, day No. 1 in July 2009. 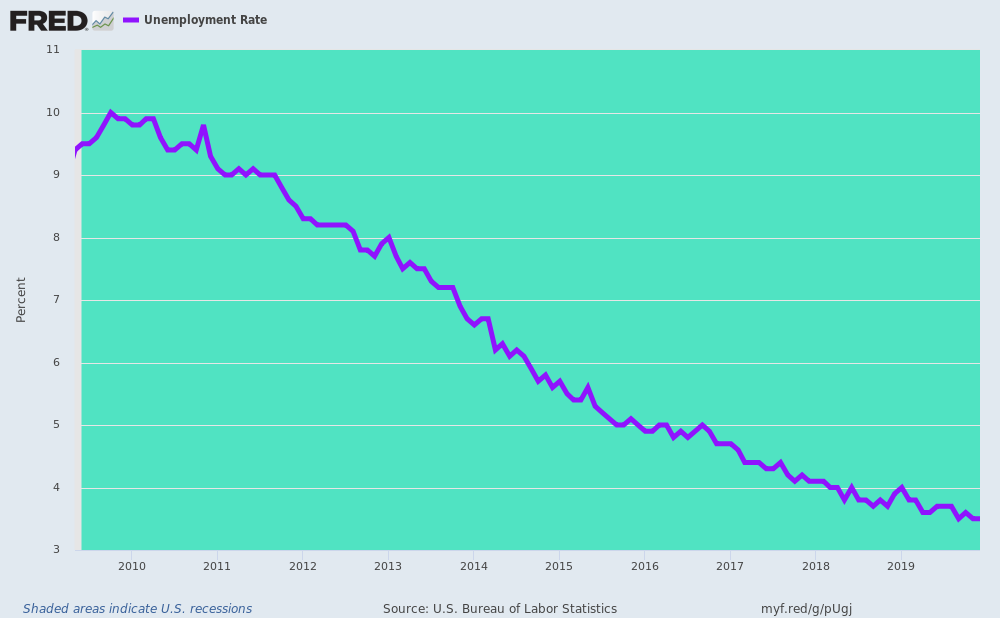 Indeed, the dubious nature of the Donald’s economic boasting was perhaps inadvertently crystallized in mid-January when he reminded, once again, that he’ll take credit for any and all good news that happens on his watch.

It doesn’t matter how outlandish, nor whether he had any hand in it, however small, whatsoever…

So, there he was, touting 2019’s continuation of a multidecade slide in the rate of cancer deaths in the U.S. Here he goes again:

U.S. Cancer Death Rate Lowest In Recorded History! A lot of good news coming out of this Administration.

Well, yes there was. The cancer death rate (per 100,000 population) for males has fallen by nearly 40%. But that’s been happening continuously without fail for 30 years running.

And the female cancer rate has been falling for 90 years.

When you’re at the terminal end of positive 30- and 90-year trends, why then every year is a new historic record. So what?

In this case, like in most else, the fact that the Donald is in the Oval Office has had absolutely zero bearing on the underlying health and treatment efficacy trends that actually account for the positive results displayed in the chart…

OK, look, given all he’s accused of by Democrats and Acela Corridor elites that he’s not remotely responsible for – such as Imperial Washington’s complete mess of a foreign policy – he’s entitled to an occasional mulligan.

But the case of the long-term cancer trends is a powerful demonstration of why context and pre-existing trends make all the difference in the world. That’s true when it comes to cancer as well as when it comes to interpreting and assessing the latest monthly economic metrics.

And if you ignore or even make light of the former, you’re likely to mistake the last green light for a runaway bus coming right around the bend.

And when it comes to Wall Street, in fact, the onrushing bus metaphor couldn’t be more apt.

Indeed, the jobs report for December 2019 is a flashing-yellow warning that the deeply impaired, artificial recovery since the 2008 crisis is heading for its end.

It’s not a vindication of Trumponomics. 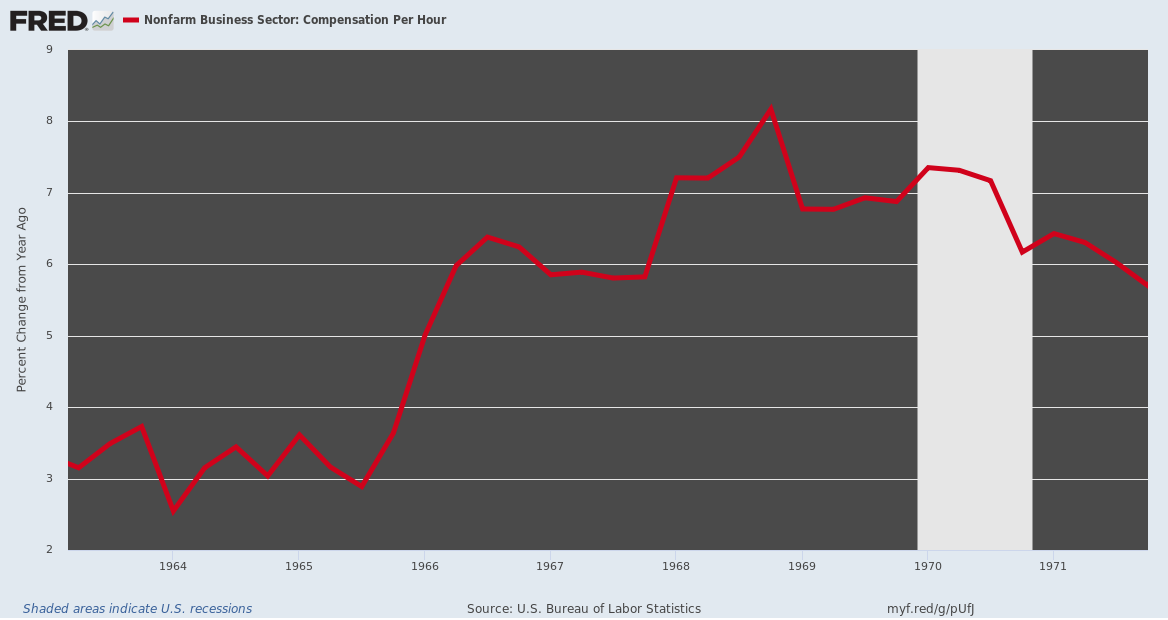 Folks, the last time the unemployment rate measured in the 3.5% zone was at the end of the 1960s.

When it posted at that level a final time in December 1969, it didn’t signify that Richard Nixon had made his own primitive version of MAGA. It meant that Tricky Dick had stumbled into office at the top of the business cycle.

After a record 105-month expansion, the domestic inventory of idle labor had been used up. It was the cumulative result of a full decade of continuous economic expansion.

LBJ’s “guns and butter” fiscal profligacy and brutish hectoring of the Federal Reserve to monetize the Treasury’s bulging debt emissions had laid the groundwork for the roaring inflation and balance-of-payments disaster brewing below the labor market’s salutary metrics.

In fact, the 1970 recession commenced the very next month…

Something New Under the Sun

The 2020 election has replaced the Trade War as the primary risk for investors. That’s because, as we’ve been saying for some time now, this is the most politicized market in history.

Here’s where I usually say, “Well, The Stockman Letter is made for times like these.” I can say that because we brought aboard Michael Coolbaugh to update our design to help us better navigate to not only the safest harbors but also the most promising opportunities.