I kept up the bluff, hoping that I might eventually hit upon some workable plan to pay all of my creditors in full.

Did you know that China poured more cement – 6.6 gigatons – from 2011 through 2013 than did the United States during the entire 20th century?

You can do stuff like that on a $40 trillion credit card.

It’s the defining feature of a state-controlled banking apparatus and its shadow affiliates.

Let’s try to get our heads around that “6.6 gigatons of cement.” First, it’s equal to about 14.5 trillion pounds.

The Hoover Dam includes about 1.8 billion pounds of cement. So, in three years, China consumed enough cement to build the Hoover Dam 8,000 times.

That’s 160 Hoover Dams for every state in the union!

And it’s about as logical as building dams to make water. 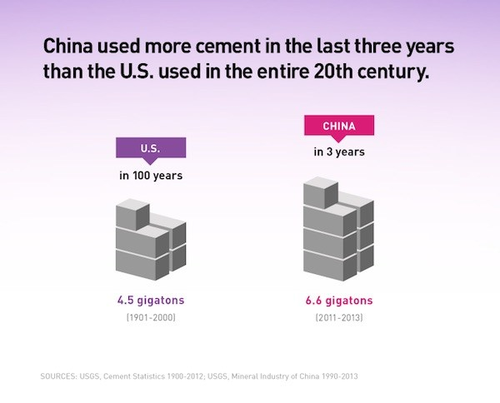 They rise in their tens of thousands in every direction on the horizon. They’re connected by ribbons of highways scalloped and molded through endless forests of concrete verticals.

In fact, there are about 60 million empty apartment units in China, most of them never occupied.

They’re standing tribute to the insane notion that rent-less real estate is a wonderful investment, even if the implied rental yields are unaffordable to the overwhelming share of the population. 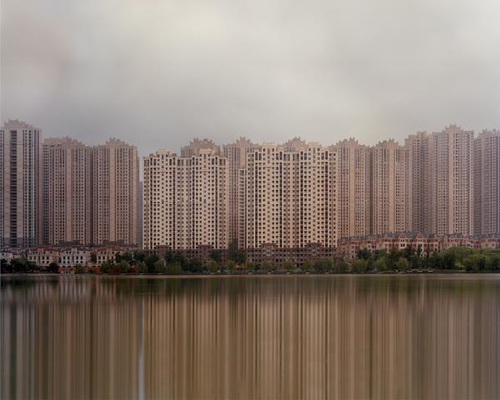 The 21st century Chinese economy is an artifact of the craziest credit expansion in recorded history.

And, now, even the Red Suzerains of Beijing know they’re sitting on a time bomb. They’re desperately struggling to rein in their credit machine.

And that also means they’ve been forced to stop “printing” growth. Indeed, GDP expansion has slowed almost exactly in step with credit. 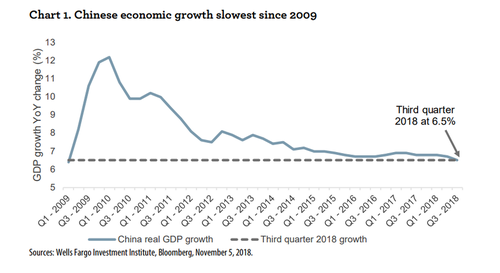 Can they bring the ship of state into a soft landing? There’s the major risk…

Here’s how I describe it in the December issue of The Stockman Letter:

It’s a debt-fueled economic mad house. And it only resembles a stable capitalist economy because Beijing is pleased to keep up the pretense and Wall Street long ago lost its capacity to reason.

This is the house of cards the Donald’s Trade War threatens. The consequences of toppling it are difficult to even imagine.

But the Red Ponzi is a train-wreck waiting to happen.

The longer Xi Jinping and his party temporize, the harder the eventual landing will be. That’s because China’s already gone well beyond Peak Debt.

It was always going to be complicated, the end of what still could turn out to be the longest economic expansion in U.S. history.

Wall Street is trying to get a grip on higher market interest rates and the “price” and “value” implications of rising debt-service costs for businesses and consumers.

At the same time, the Donald’s Trade War is metastasizing into something else.

Tariffs are just the tip of the iceberg when it comes to the U.S. relationship with China. And the potential for escalation is just another factor the market is trying to digest…

We explore some of the “second-order” issues regarding U.S.-China relations in the December issue of The Stockman Letter, which you can download here.

It’s an important “Mother of All Yield Shocks” story – especially if you want to protect and grow your portfolio.