Potyomkin indeed decorated existing cities and villages, but made no secret that this was a decoration.

That seven-year period from the end of the first quarter of 2012 through the fourth quarter of 2018 that we’ve been talking about should have been the sweet spot of the recovery from the Great Recession.

Wall Street is pricing trailing-12-month earnings through December 31, 2018, at 25.5 times. And, judging by the historical standard, this is the end of the cycle.

And we can look back at months No. 30 through No. 114 and see that apples-to-apples earnings grew by just 3.8% per year.

It’s actually worse than that…

Over the next 11 and a half years, the annualized S&P earnings growth rate was a pitiful 2.58%. That’s peak-to-peak over an entire business cycle.

And we must account for the 1.75% average annual gain in the Consumer Price Index.

What we have is a 50% increase in the price-to-earnings over the cycle on average annual real earnings growth of less than 1%.

That’s just a symptom of the intellectual corruption embedded in Wall Street after decades of coddling by monetary central planners. 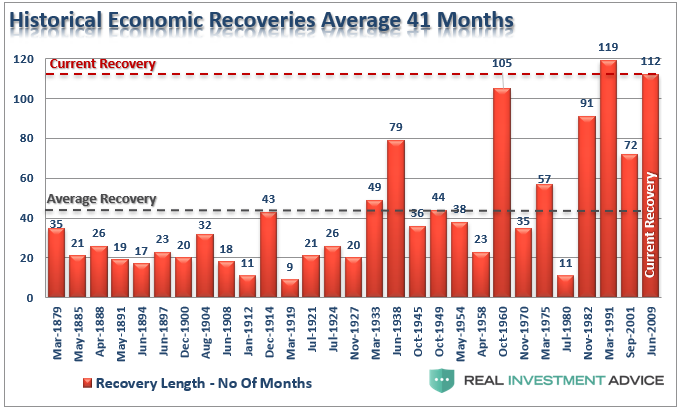 The Bubblevision narrative is a timeless 24-month future. It denies the history of business cycles. And it’s decoupled from the dismal trends recorded on Main Street.

When economies are always growing, profits are always rising, and share prices are always climbing, there’s no need to reflect on divergences from reality.

That’s why CNBC can say “U.S. retail sales soared in March at the fastest pace since late 2017…” and keep a straight face. 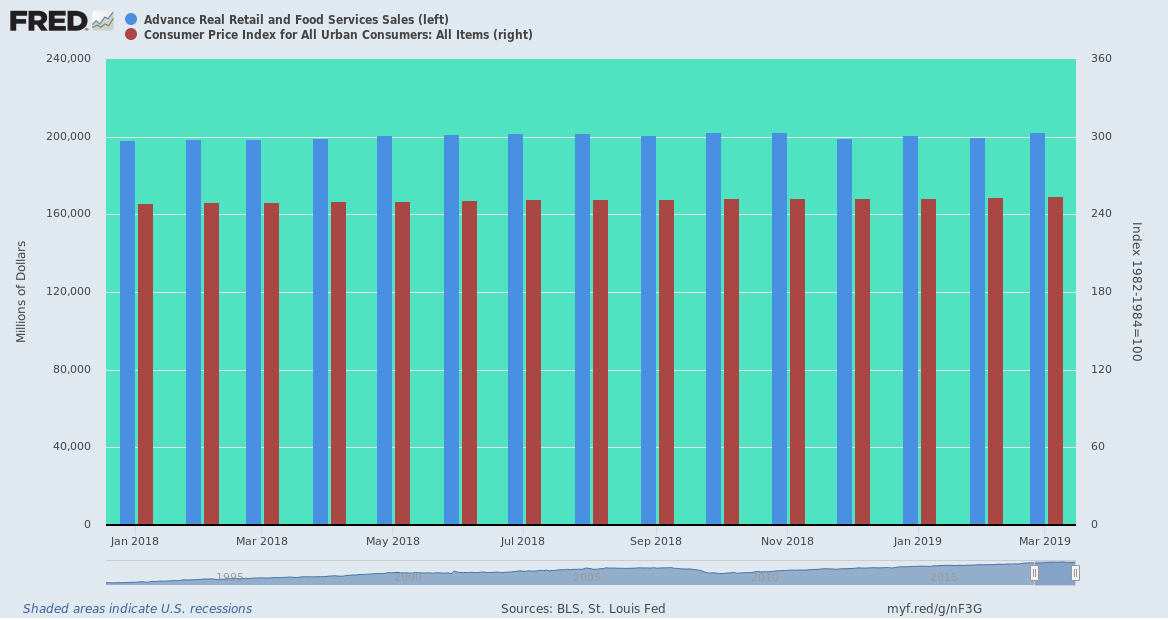 Inflation-adjusted retail sales in the first quarter were actually down by at least 0.4% from last year, probably more based on what consumers actually pay at the cash register.

There’s nothing “soaring” about that. It suggests that, after 117 months of debt-supported spending, the consumer is running out of gas. And it implies that recession may be closer than Bubblevision would have you believe.

The Main Street economy is failing. But the Wall Street fantasy is thriving. You can lay responsibility for this dangerous disconnect at the doorstep of the Eccles Building.

Bubble Finance has euthanized workers and savers and lobotomized traders and speculators.

And our monetary central planners know it.